While Taormina and Cefalù are the best-known beach resorts on the island, Sicily’s coastline is dotted with some fantastic sandy stretches interspersed with pretty fishing towns.

The south east of the island, best known for the baroque towns of the Val di Noto, has some wonderful beaches around Pozzallo, Portopalo and along the Vendicari Nature Reserve.

In west Sicily, there are excellent beaches around Sciacca, at San Vito lo Capo and, a top spot for Palermitans, at Mondello on the outskirts of the city.

On the Aeolian archipelago, the islands’ volcanic origins have left a legacy of black sand beaches which offer good swimming in sparkling clear water. 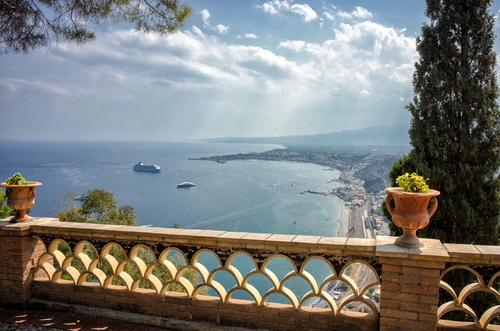 A wonderful boutique hotel with amazing sea views on the peaceful island of Salina.

An unpretentious boutique hotel with an infinity pool and indulgent spa hidden away in a rural setting on the Aeolian island of Salina.

A lovely working farmhouse with its own wine barrels and an excellent restaurant.

A lovely rural setting, yet only a 20 minute drive from the sandy beaches of Vendicari.

A tranquil resort on the coast of Sicily, offering the best in gastronomy and spa facilities for a holiday oozing with indulgence and pampering.

Terrace with views from every room and great hospitality from Charlie and ''his Angels'' Ada and Kathrine.

Start your Italian experience with us, give us as much infomation as you'd like and we'll send a personalised travel plan

Cities Of Veneto: Padua And Vicenza

A Twin-Centre Holiday Between Bologna And Ravenna

Verona, The Dolomites and Lake Garda

We’d love to send you exclusive offers and the latest info about Italy by email. We’ll always treat your personal details with the utmost care and will never sell them to other companies